×
The First Headmistress of Greenwood School By Brian Vidler

Greenwood School was established by the Royal Eastern Counties Institutions, later to become The Royal Eastern Counties Schools Ltd (RECS) on the site of the Industrial School for Girls Halstead in what is today Mill Chase off Head Street. The history of the industrial school founded by Lucy Greenwood is already well documented, most recently in Rosalind Kaye’s 2009 book ‘The Spirit of a Real Home’.
The closure of the Industrial School in 1921, due to lack of numbers, led to the leasing and eventual purchase of the site by RECS  to provide for girls with severe learning difficulties. They ran other establishments in Cambridge and Colchester, the latter being for boys. 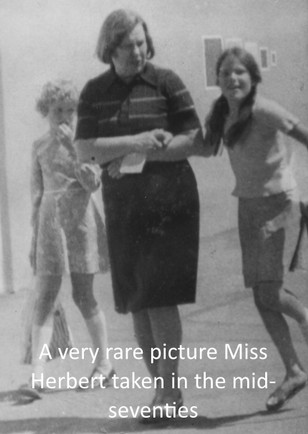 It was run by a Lady Superintendent, the last being Miss Herbert. She arrived on 22nd May 1945 and was responsible for naming the dormitories, Garden, Street, Old Fashioned, Night, and Guys and Dolls later to became the Surgery. Following the 1948 Education Act, which defined Special Needs Education, Greenwood became a Non-Maintained Special School, meaning that it was recognised as independent from any one local education authority but receiving its funding from them placing girls  aged between 8 and 18 years at the school. With this status Miss Dinah Herbert became it’s first Headmistress in 1949, remaining in post until her retirement in 1978.  She was ably supported by her deputy Miss Doreen Shandley. 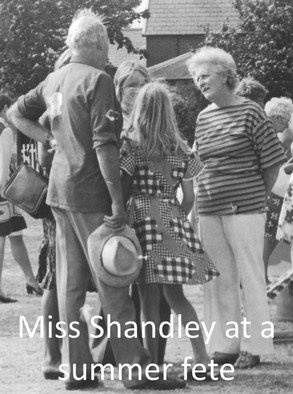 RECS purchased the site in 1961 when the school was flourishing. A new hall and a dormitory were added appropriately named New Wing.
In June 1973  Miss Dinah Myfanwy Herbert was awarded an OBE. There was always a need for the school to respond to demand and by the late 1970s it was apparent that girls were being referred with complex needs beyond just severe learning difficulties. The term ‘maladjusted’ was in general use which reflected both emotional and behavioural difficulties. This did not deter Miss Herbert’s belief that if all 80 girls at the time were placed in the centre of the school hall and asked to go to any member of staff around the outside, the school was failing to meet the needs of any girl left in the middle. This very much reflected the team spirit that ran throughout the school and the value put upon each member of the community. With about 50 staff these included cooks, cleaners, care staff, laundry ladies, night staff, teachers and groundsmen.
The school curriculum also evolved recognising that new arrivals needed extending educationally.  Male staff and specialist teaching of CSE subjects were gradually introduced replacing the form based all subjects model. As most girls were full boarders weekends were as organised as the school day and it was common to see groups of girls going shopping on a Saturday, attending Church on a Sunday morning followed  by a walk in the afternoon. Candy Corner is still fondly remembered by ex pupils. 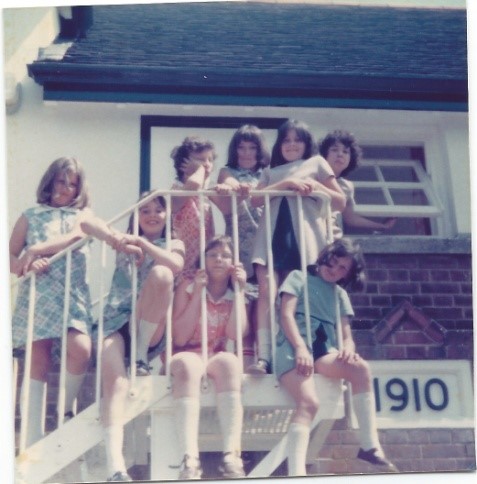 The school uniform given to all the girls was  bought directly from Marks and Spencer by Miss Herbert and Miss Shandley. They would regularly travel out returning with bags of  a variety of jumpers and  blouses  along with grey skirts for the girls in winter or summer dresses. For some this was their first experience of having something new. 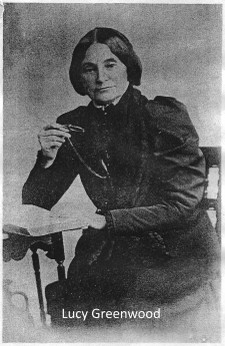 Lucy Greenwood was always acknowledged within the school by a portrait on display in the entrance room (named the brickwork).  Mottos that it was recorded she selected to adorn the walls in her time, no doubt originally prepared in cross stitch, were reproduced in the corridors and classrooms. These included ‘Dinner to a minute, and all be ready to begin it.’ ‘Keep your head up and your tempter down’  ‘ Past failures cannot prevent future success’ and ‘Train yourself to wake at the right hour’.
Miss Herbert’s departure  in 1978, followed  later by Miss Shandley’s retirement, marked the end of an era.  Along with them went their dogs, integral members of the Greenwood community.   After such a long time in Halstead when they lived on site, they had prepared by purchasing a property in Worcester and after regular fortnightly weekend visits retired there. Doreen Shandley died in June 1990 aged 72 and Miss Herbert passed away in a nearby nursing home in September 1991 at the age of 75. They had dedicated their lives to a very special education of girls leading a unique school with a strong tradition for some 33 years.
Brian Vidler was a teacher at the school 1975 -80 and Deputy Head 1992 - 98
Back to content